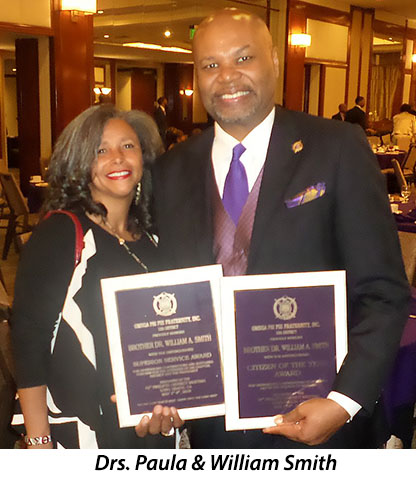 William Smith, Education, Culture & Society Professor, was presented with two of the four mostprestigious awards given out at the 12th District of Omega Psi Phi Fraternity. Thisis particularly notable since no one has received two at the same time. Dr. Smithpreviously received the Omega Man of the Year in 2011. Since winning these regionalawards (Montana, Idaho, Utah, Arizona, California, Seattle, Oregon, and Alaska), hehas been nominated for the International Awards which will be given out in July.